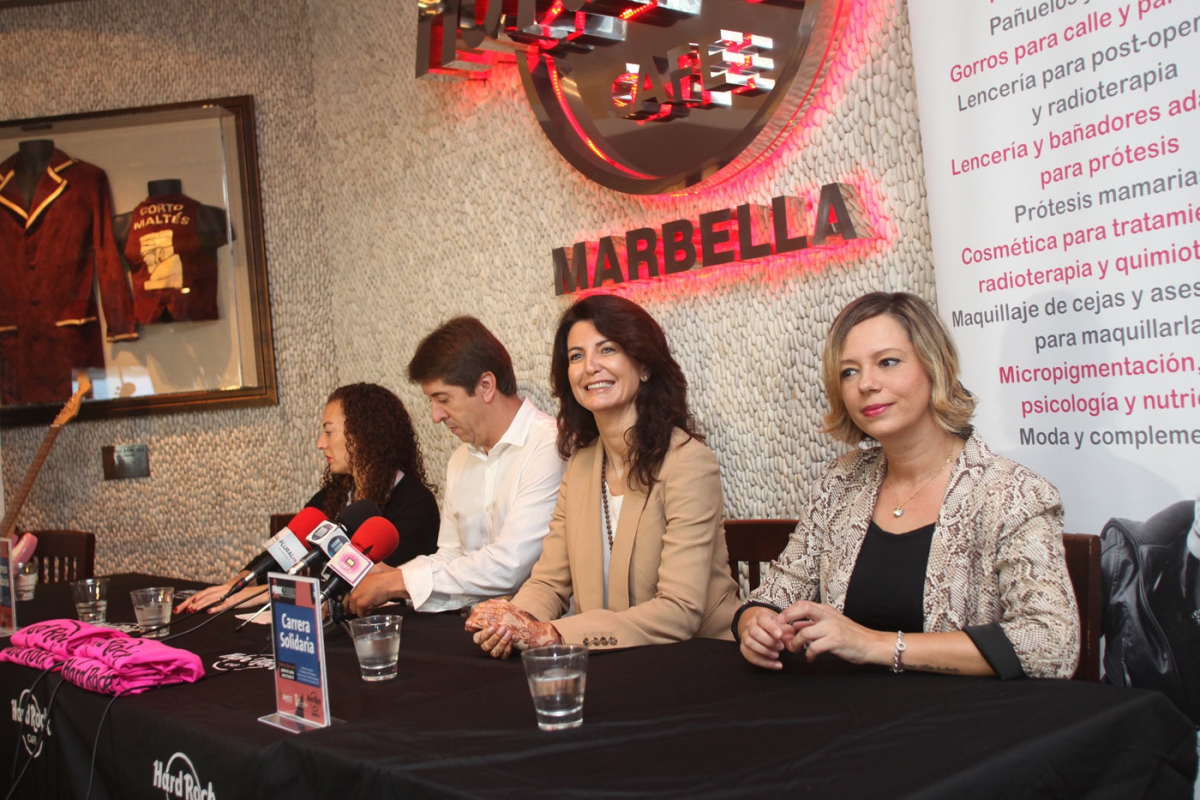 Puerto Banús will once again bring sport and solidarity together on November 20th with the sixth edition of the Pinktober race that starts from Calle José Saramago at midday.

The event supporting the Spanish Association Against Cancer has different routes for adults and children this year.

García said that the City Council “continues collaborating with the solidarity event that attracts more runners year in year out” and also pointed out that in 2013 there were 750 runners and this number has been steadily increasing every year and last year had 2400 entrants.

Beatriz Piñeiro said there are already hundreds of people registered and the closing date for registrations is November 17th or until there are 3000 people signed up for the race. Those interested (adults €10€ & children €8) can register on the www.runin.es website, and bracelets and t-shirts can be picked up in the Hard Rock Café from the 14th to the 19th of November.