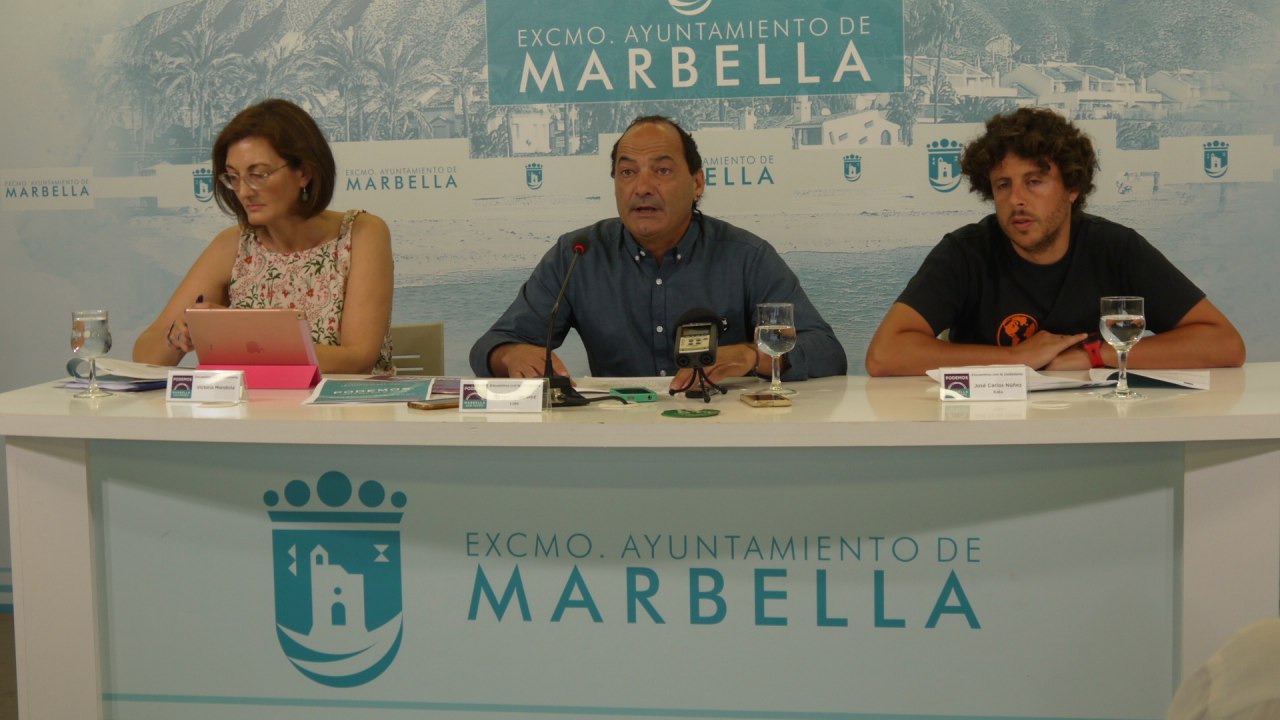 The PP councillor, Jose Eduardo Díaz, condemned the “situation of abandonment, insecurity and disdain affecting all the Puerto Banús area” this Thursday, and demanded that the tripartite implement an urgent plan of action to improve the area’s image this summer. The government team hit back and defended the investments it has made in the area

Díaz, expressing his “concern and sadness”, explained that the PP had waited until after Easter to denounce the situation so as “not to damage even further the image of this emblem of tourism”, but “the situation is untenable and needs immediate action”.

He drew attention to the landscape gardening situation, “without seasonal plants, palm trees damaged, no pesticide treatment for the trees, no replanting of plants, scrubs and weeds everywhere, including the recently renovated pergolas in Plaza Antonio Banderas with its gardens that seem more like rubbish bins”.

Diaz also deplored the fact that “the improvements plan for the pavements has not been maintained, and it’s been months since work has been done in the area and there are now footpaths, flower pots and window boxes all damaged, the work on the ramps and tree grates has been halted, and of course, negotiations with the local community to clean up the sides of the main access avenue to Puerto Banús have not been completed”.

“One shameful example is the fountain at the entrance to the port area that has been broken for months, another is the Levante promenade, which is in a terrible state of disrepair and cracks appearing in the wood as it has not been painted in a long time”, painting an apocalyptic picture of the area.

The PP councillor demanded an “immediate response” from the government team to find a remedy to this “unsustainable situation and not to further damage and adversely affect the image of one of the most important tourism enclaves, not only in the city but in all of the Costa del Sol”.

Response from the government team

The representative of the Mayor’s Office of Nueva Andalucía, Manuel García, ensured us that the government team “is working and investing more in Puerto Banús in just two years than the PP had done in its eight years in the City Council” and reproached the PP for its “political blindness”.

The councillor also pointed out that “it is currently carrying out roadworks in the middle section of Avenida Julio Iglesias and creating a bicycle lane that will continue to the promenade at a cost of €500,000, which is way and above what the PP allocated in the previous government”.

Furthermore, García explained to the PP that “the actions carried out in Puerto Banús before Easter included replacing the street lighting on Paseo de Levante, painting the roundabouts and access entrance to Puerto Banús and replanting seasonal plants, and it had also replaced the old flags”.

The council’s representative also drew attention to the fact that “both the fountain and the negotiations with the community that the PP is so worried about are problems inherited from the Partido Popular’s dreadful management that was unable, or simply didn’t want to do anything when it was in the city council”.

García also mentioned that “the Mayor’s Office of Nueva Andalucía would like to receive, even once, some kind of positive proposal from Partido Popular to improve the area”.