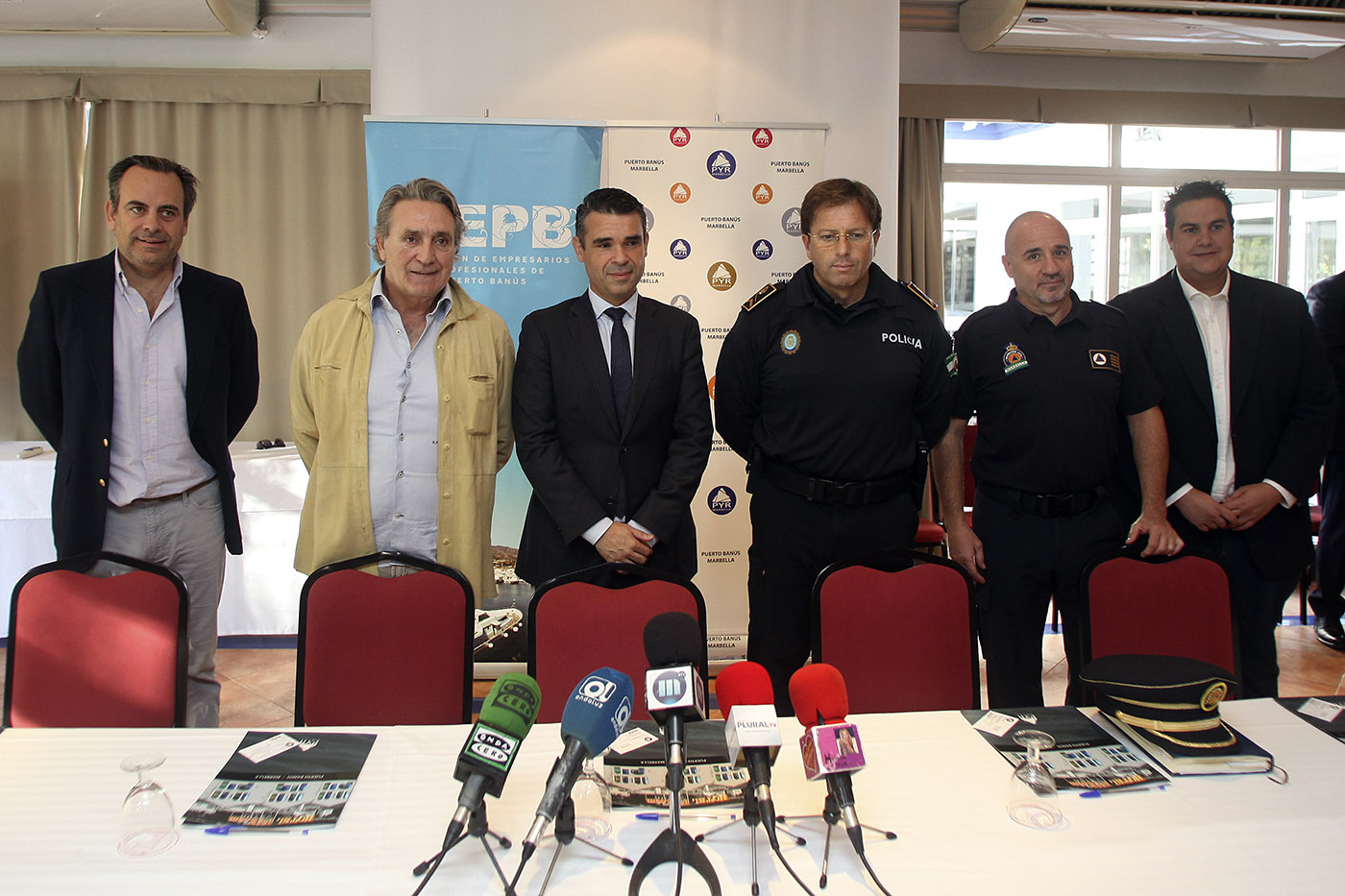 A working group, from Marbella City Council and the Association of Entrepreneurs of Puerto Banús (AEPB), will start to work together to improve this important area of the city and its tourist promotion with bi-monthly meetings. One of the measures that put forward is to install a video surveillance system to deter crime in the area

Business people from the area, the head of the Policia Local, José Andrés Montoya, Jesús Eguía from Protección Civil, a group of representatives from the Cleaning and Commerce delegations, the deputy mayor of Nueva Andalúcia, Manuel García and the mayor, José Bernal all participated in the meeting.

The councillor explained that it’s taken “one step closer in the institutional relations that should be maintained with all sectors”, and also said that Puerto Banús “is an icon and we’re going to take firm actions to recoup the area’s image in all areas that need to be addressed”.

Accompanied by the association’s chairman, Giuseppe Russo, he stated that the working group will create collaboration formulas jointly, given the fact that “the council cannot develop business and promotion policies without the business people and neighbours”.

Actions will be taken on the “most worrying” issues such as security and cleaning. The mayor also highlighted the work of the Association of Entrepreneurs of Puerto Banús who “have been campaigning for years for stability for its shops and to promote the area”.

The chairman of the business group valued the idea of creating a working group where retailers can take part in making decisions and also reminded the group of the importance of the Puerto Banús brand that “must have an agreement in line with this dimension to recoup the position it previously held”.

In the area of security, he also reminded all in attendance about the proposal for a video surveillance system managed by the competent authorities as a preventative measure to deter crime in the area.