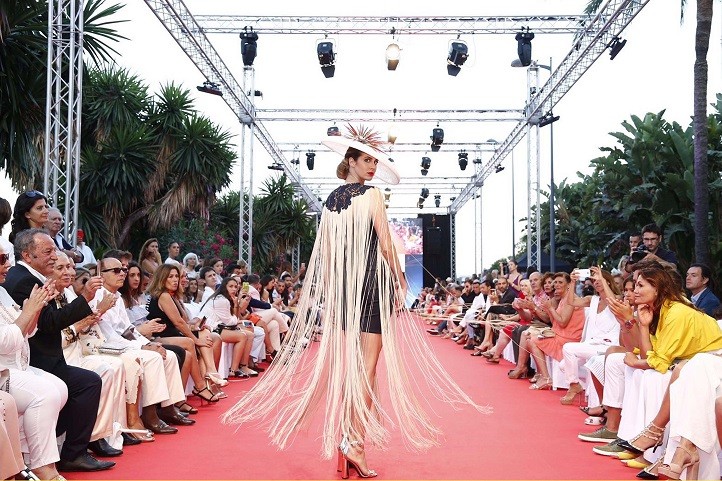 Marbella has become a fashion reference this weekend with the first edition of Marbella Fashion Week. The Puerto Banús catwalk presented the latest trends from national and international designers like Stefania Pinyagina, Hamza Ben Sabih, Ágatha Ruiz de la Prada and Jesús Segado and Javier Alcántara, both from Malaga.

The Tourism Councillor, Javier Porcuna highlighted the success of the first edition of the Marbella Fashion Week, which took place in Puerto Banús on July 21st and 22nd to promote international haute couture.

It was two days of street fashion on a luxury catwalk that attracted national and international designers and “puts Marbella firmly on the map as a reference in the world of fashion”.

“The government team has shown a strong commitment towards attracting exclusive events to the city, and the intention is to make it grow and turn it into a key event on the international fashion circuit”, added the councillor.

The turnout for the event was impressive, with all 500 seats filled during the two-day event on Avenida Lola Flores in Puerto Banús.

Several distinctions were awarded over the two days, including a plaque in recognition of Tangier born Hamza Ben Sabih as a breakthrough designer on the international fashion scene, and an award for Abed Mahfouz from Lebanon for his outstanding achievements throughout his professional career.

The Head of Tourism, Miguel Luna, highlighted the “high standard” of the fashion shows and the presence of two designers from Malaga, Jesús Segado and Javier Alcántara.

The event, organised in collaboration with Nueva Moda and its director, María José González, finished up as a great success and now has its sights set on continuing to grow in the coming years.